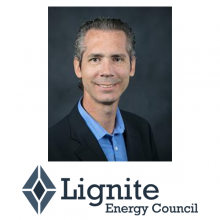 In early May, Great River Energy announced their plans to close the Coal Creek Station, North Dakota’s largest power plant. The plant, located near the city of Underwood, has a generation capacity of more than 1,100 megawatts and uses roughly 22,000 tons of lignite per day, which is supplied by the adjoining Falkirk Mine.

Jason Bohrer is the President and CEO of the Lignite Energy Council. His organization works closely with the coal industry to maintain a viable lignite industry. Thus, working with Falkirk Mine and the Coal Creek Station have been a priority.

“We’ve tried to maintain our role in creating policy options that make the transition possible,” Bohrer says. He says it’s very difficult for a trade association to get into the fine aspects of operating a facility, such as Coal Creek Station. Therefore, they’re working on other aspects that would make the transition to a potential new owner simple.

“We’ve tried to create the environment to make it worthwhile,” Bohrer says. “We want to give the potential owner some confidence.”

In addition, Bohrer says the council has been working with partners at the federal level to allow a new owner to receive the refined coal tax credit immediately upon the transition.