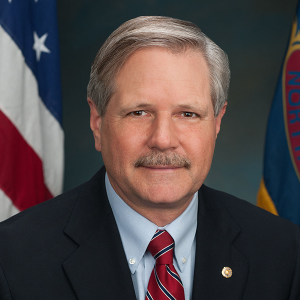 From his office in Washington, D.C., Senator John Hoeven is watching on as the state of North Dakota continues the fight with Coronavirus (COVID-19).

In an interview with WZFG’s Scott Hennen on What’s On Your Mind Monday morning, Senator Hoeven says that the House bill regarding COVID-19 has yet to reach the Senate, as the House has been having to make technical corrections. Hoeven says that the bill is just one of several parts to come through the national pandemic that has reached 49 states and the District of Columbia, Puerto Rico, Guam and the US Virgin Islands as of Monday afternoon.

Previously, eight-point-three billion dollars, directed fully at healthcare, was passed by the House and Senate. The bill currently being considered is directed at making sure tests are paid for and provides pay for anyone who has to stay home from work due to COVID-19.

“In essence, it provides it (funds) to their employers,” Hoeven said. The bill also provides more money for state unemployment funds, he said.

A third bill will likely address the airline and hotel industries, among others.

He says lawmakers in Washington will be looking at the people “suffering an impact, because of COVID-19, either directly or through their employment.”

Hoeven says getting through COVID-19 will take time.

“We are going to go through this,” he says. “This is going to take time, but we’ll get through it.”