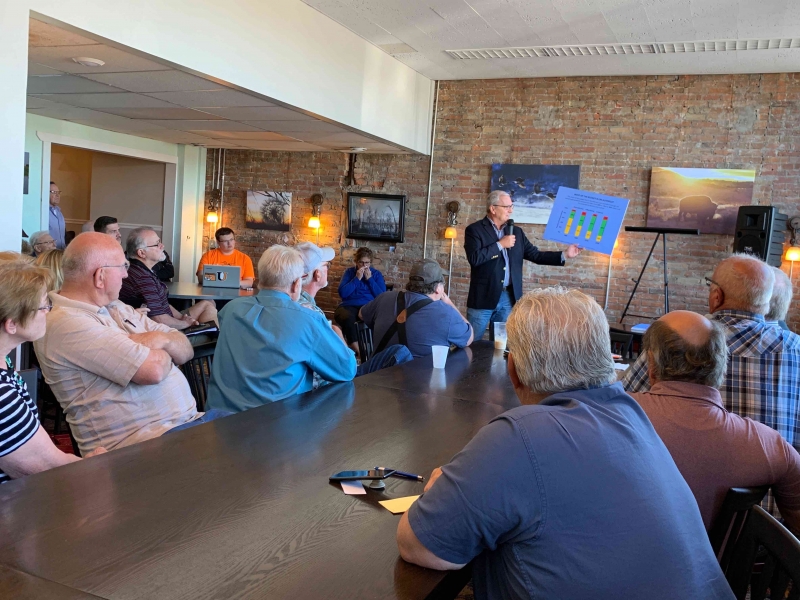 Senator Cramer began the town hall by answering questions on agriculture, including about the data reports from the National Agricultural Statistics Service and the Risk Management Agency. Senator Cramer also spoke on the 2018 Farm Bill and his work to fix the Waters of the United States (WOTUS) rule through his Environment and Public Works (EPW) Subcommittee Chairmanship.

Next, the Senator fielded a question on the rising debt and deficit by expressing his belief that we must address the growing cost of mandatory spending.

“30 percent of the budget is discretionary,” said Senator Cramer. “Without hurting those already receiving benefits, we must tackle the rising cost of Social Security and Medicare, or they will go insolvent.”

Later, Senator Cramer spoke on dealing with the rising cost of prescription drugs. He shared his vision of wanting to find ways to reward innovation while protecting against out-of-control profit and greed. Congress is currently debating several bills to help lower drug costs, and Senator Cramer committed to continuing to help advance these efforts.

Senator Cramer also answered questions on trade, pensions, veterans benefits, the judiciary, and his recent trip to the southern border.