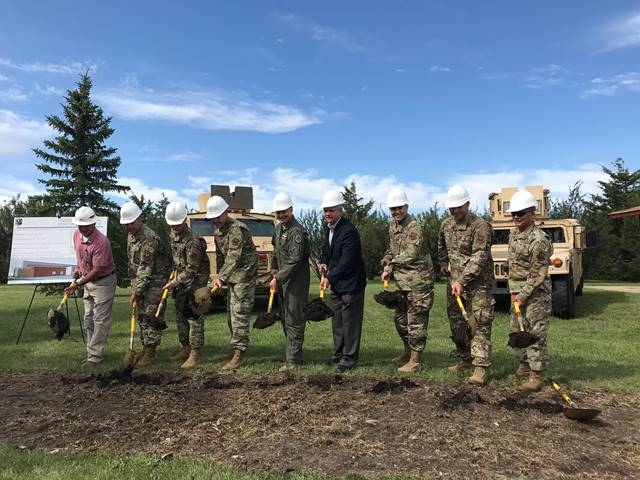 Senator John Hoeven today helped local and military leaders break ground on a new indoor firing range at the Minot Air Force Base. As a member of the Senate Military Construction and Veterans Affairs Appropriations Committee, Hoeven secured $27 million for the range in Fiscal Year 2018. In addition, Hoeven advocated for the firing range to be elevated on the Air Force’s list of military construction priorities. The range is the third busiest range in the Air Force and is used to provide between 8700-9100 certifications each year.

The new indoor range will replace the existing firing range, as it did not meet Air Force training standards and posed increasing health and safety risks to Minot’s airmen and women. The new range will allow the consolidation of four existing buildings while also reducing air quality concerns, providing higher quality training with lower maintenance costs and ensuring the range is available regardless of weather conditions.

“Building this new indoor firing range will help Minot’s airmen and women meet increasing requirements for firing range training and to do so in safer conditions,” Hoeven said. “The cornerstone of U.S. security and the foundation for a peaceful future is a strong U.S. military. We can never take for granted the sacrifices of our servicemen and women and we need to provide them with the best equipment, facilities and support so they can continue to defend our freedoms.”

Additionally, as a member of the Senate Defense Appropriations Committee, Hoeven outlined his work to ensure updates to the nation’s nuclear forces remain on schedule to support the Minot Air Force Base’s missions and ensure the U.S. will have a strong deterrent for decades to come. To this end, Hoeven worked to include the following priorities in the Senate’s recently-passed Fiscal Year (FY) 2020 National Defense Authorization Act (NDAA):